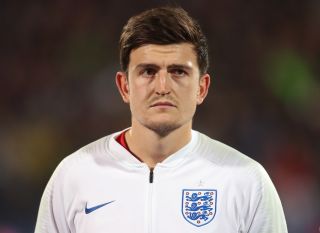 Harry Maguire’s legal team has lodged an appeal against the guilty verdict handed down on Tuesday over an incident on the Greek island of Mykonos last week.

The 27-year-old Manchester United and England defender had been handed a 21-month suspended prison sentence but the verdict and sentence have been nullified by the lodging of the appeal.

Here, the PA news agency addresses the key issues in the case.

What were Maguire and his co-defendants been found guilty of?

The court found Maguire guilty of assaulting a police officer, swearing, resisting arrest and attempted bribery. However, his club Manchester United say the conviction has been nullified by the lodging of the appeal.

What did prosecutors say?

These people are trying their best to ruin Harry’s reputation & anyone who believes these lies are deluded. Harry knew they knew exactly who he was as they repeatedly beat him moments before, shouting his football career is over & that he would never play again. Makes me sick. https://t.co/9f4uHcfhBR— 𝒻𝑒𝓇𝓃 𝒽𝒶𝓌𝓀𝒾𝓃𝓈 ❥ (@_fernhawkins) August 25, 2020

Yoannis Paradissis, who represented two police officers involved in the case, said the defendants – Maguire plus his brother Joe and their friend Christopher Sharman – injured the officers who came to break up a fight. Paradissis insists the officers, who were not in uniform, made it clear immediately that they were police officers and showed their professional IDs. The court was told that Maguire said: “Don’t you know who I am?” to arresting officers, something his partner Fern Hawkins described as “lies” in a social media post on Tuesday.

What have Maguire and his family said?

Maguire says he remains strong and confident regarding his innocence in this matter, and that he and his family are the victims. Part of Maguire’s defence was that his sister Daisy had been injected with an unknown substance prior to the incident.

An appeal will be convened. Paradissis said in Greek law that it would effectively be a fresh trial, something supported by United’s statement on Wednesday afternoon. It is understood no date has been fixed for the appeal, and it could be several months before it is heard.

What have his club and England said?

United issued a statement defending Maguire, highlighting the fact that his defence team felt they were not given adequate time to digest the full detail of the charges against him and looked forward to a “full and fair hearing” at a later date. England manager Gareth Southgate had selected Maguire in his squad for September’s Nations League matches in the afternoon but withdrew him after the verdict was announced. “I have made this decision in the best interests of all parties and with consideration of the impact on our preparations for next week,” Southgate said in a statement released by the Football Association.

What about his sponsors?

Sportswear manufacturer Puma had no comment to make when approached by the PA news agency on Wednesday morning. Maguire signed a deal with the firm worth a reported £700,000 a year in 2019.