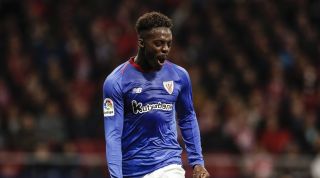 With Romelu Lukaku on the verge of joining Inter Milan, United have identified the Athletic Club striker as a potential replacement.

Athletic's Basque-only recruitment policy tends to place a premium on their players, and they have told United that they will not sell the 25-year-old for less than his buyout clause.

But that has not necessarily killed the deal, with the Red Devils reportedly open to paying £81m for the frontman.

Williams scored 14 goals in 41 appearances in all competitions last season.

He has been capped once by Spain in a friendly against Norway, but could yet switch his international allegiance to Ghana.