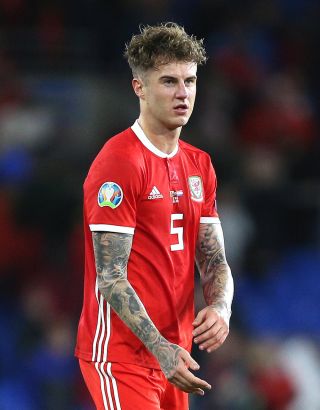 On-loan Watford teenager Wilmot marked his first Swansea league start with a 24th-minute headed winner as Cardiff were beaten 1-0 in the Sky Bet Championship clash at the Liberty Stadium.

Wilmot found out he was playing less than 24 hours before kick-off, with Rodon discovering that he requires ankle surgery and faces a few months on the sidelines.

The injury rules 22-year-old Rodon out of Wales’ November qualifiers against Azerbaijan and Hungary.

Wales need to win both games to qualify for Euro 2020 next summer and the news will come as a huge blow to manager Ryan Giggs, as Rodon has established himself at the heart of the Dragons’ defence.

“Joe had a knock on the ankle last week but he picked up a fresh injury on Tuesday night (against Brentford),” Cooper said after Swansea’s derby win.

“He’s got a tendon injury that rules him out of the Wales games too. He’s going to need an operation next week and will be out for a few months.

“What hurts him will make him stronger, but he was close to tears when he heard the news.

“I think it hit home when he knew he wasn’t going to play. But he stood by the side of the team and didn’t leave us for one minute.”

England Under-21 international Wilmot turns 20 next week and his only previous starts for Swansea had come in the Carabao Cup.

Wilmot’s last league start was in April during a loan spell in Italy, for Udinese against Lazio.

“Ben’s had to stay patient and he’s not been happy with it,” Cooper said. “We’ve had a good few conversations.

“You see the fitness levels and tactical ideas, it’s exactly how we want to play because we practice it every day. Ben is a good example of that.

“I was delighted because you can lose your emotions in this game.

“But I felt we were in control all game, we created all the chances.”

While Swansea are back in the play-off places with a first win in five home games, Cardiff are down in 14th place after winning just twice in 10 outings.

“We’re creating chances but we’ve got to put them away,” Warnock said.

“You’re never going to get a lot of chances in a derby match and the first goal is always going to be important.

“We’ve got to learn the lessons and we haven’t so far.

“I felt it was there to be won. I know it’s a local derby, but I thought we quietened the crowd down.

“I’ll be disappointed in the return match if it’s not a lot louder than that.”