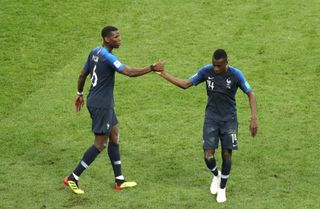 Inter Miami have completed the signing of France international Blaise Matuidi after he mutually agreed to terminate the final year of his contract with Juventus.

The World Cup winner will wear the number eight shirt for the Major League Soccer franchise, who resume their inaugural season on August 22.

Co-owner David Beckham, who played alongside Matudi at Paris St Germain, said: “I couldn’t be happier to welcome my friend Blaise to Inter Miami. He is an exciting and gifted player and a great person.”