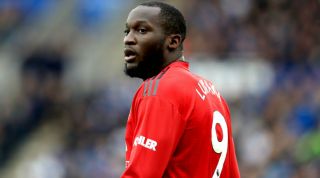 An offer of £30 million plus Ivan Perisic is Inter's opening gambit to land Lukaku, according to Gazzetta dello Sport.

United have been heavily linked with Perisic for a number of seasons, with former manager Jose Mourinho especially keen on bringing the Croatian to Old Trafford.

Lukaku has talked up a move to Serie A after struggling for form in his second season in Manchester, falling behind Marcus Rashford in the pecking order, and Ole Gunnar Solskjaer could be ready to cut his losses on the Belgian forward.

Everton would also benefit from any move involving Lukaku: the Toffees would be due a payment of around £5 million if their former striker leaves or extends his current deal before 30 June 2022.

COLUMN: A terrible season is over for Man United – but what is there to look forward to this summer?