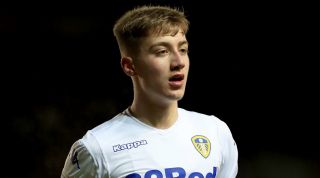 Tottenham are on the verge of completing the signing of Leeds winger Jack Clarke, report The Daily Express.

The Champions League runners-up will pay £15m to bring the teenager to north London.

Clarke was promoted to the Leeds first team by Marcelo Bielsa last summer.

The York-born forward was then a regular throughout the 2018/19 campaign, making 22 appearances as the club qualified for the play-offs.

However, their failure to win promotion to the Premier League means Leeds are unable to keep hold of the highly-rated prospect.

And Tottenham hope to get the deal over the line in the coming days.

Fernando Torres: How Rafa Benitez pushed me to become one of the best strikers in the world