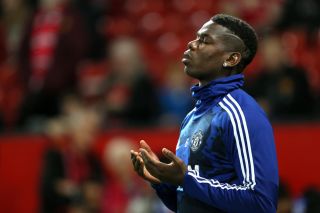 Pogba was linked with a return to Juventus last summer, despite a move to Real Madrid appearing more likely.

Eventually, neither materialised and Pogba remained at Manchester United where he's missed most of the season so far through injury.

The 26-year-old was at Juventus for four years between 2012 and 2016 - winning the Scudetto every season.

He earned a £95m move to United, which made him the most expensive player in the world at the time.

Since the move, however, the Red Devils have failed to reach the heights of the Sir Alex Ferguson era - when Pogba was at the club as a youth player.

But having played a key role in France's World Cup winning campaign in 2018, Pogba showed he still had plenty to offer.

According to Calciomercato, Juventus are 'dreaming' of re-signing the Pogba in the summer as they look to refurbish their midfield.

The Old Lady hope that their strong relationship with the Frenchman's agent Mino Raiola will help them to broker a deal.

The stumbling block for Juventus is that United are expected to ask for a similar fee to what the Italians received for Pogba.

If they don't succeed with their pursuit of Pogba, it's reported that Juventus will look to poach Brescia's Sandro Tonali.

Tonali has caught the eye of clubs across Europe with his consistently impressive performances this season.

Likened to Andrea Pirlo, Tonali is a playmaking midfielder who is also adept in a more defensive role.

It's understood that Brescia will ask for £42m to secure the 19-year-old's services.

Juventus are believed to be leading a pack of clubs including Inter Milan, Manchester United, Real Madrid, PSG and Liverpool.