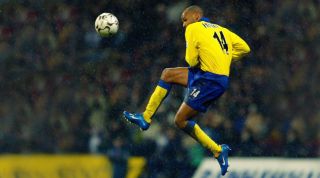 Last night against West Ham marked an impressive point of Liverpool's campaign: they have now beaten every other team in the league this season.

So, until Jurgen Klopp's tricky Reds lose a game of football, we're probably all going to be hearing a lot about the potential they have for an unbeaten season.

Should Liverpool become immortal come May, they won't be the only team to have done it - yes, we know you're thinking of that one, but we've got a few more for you.

Across Europe, some of the Champions League's regular entrants have recorded undefeated seasons in the last half century. Check out 1986 to 1989 in Romania, where one side managed three of them on the bounce.

We've given you seven minutes to name as many as you possibly can. Let us know how you did @FourFourTwo – and remember to challenge your mates too.

Can you name the most valuable players in the world over 30?