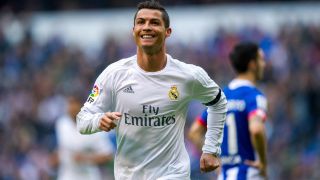 Real Madrid star Cristiano Ronaldo is destined to end up at a club like LA Galaxy, according to Robbie Keane.

Ronaldo, 31, has already said he is open to a move to MLS once his time in Europe is up.

The likes of Steven Gerrard, Frank Lampard and Andrea Pirlo have followed in the footsteps of David Beckham and Keane in heading to the United States.

Keane, a three-time MLS Cup winner with the Galaxy, said it looked like Ronaldo would end up at a club like LA.

"I think it's probably a natural progression for him," the Republic of Ireland international told TMZ Sports.

Keane added: "I'll be still playing. It'd be great if we could play together."

The Galaxy sit fifth in the Western Conference in MLS after winning five of their opening 11 games of the season.