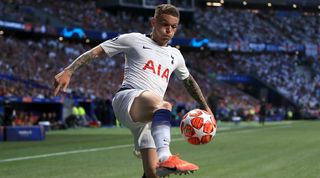 Trippier was part of the Tottenham Hostpur side that lost to Liverpool 2-0 in the Champions League final on Saturday, and the player has himself admitted that his performances "have not been good at all" this season.

"Everybody's got a decision to make, no matter what.

"I want to stay in England. But what can you do? I'll see what happens and what the club wants, most importantly.

"I give everything for this club - training sessions, games - so we'll see what happens in pre-season."

Juventus aren't the only ones interested in Trippier, as Serie A rivals Napoli are long-standing admirers of the England international.

The Dirty Dozen: The 12 dirtiest players in Premier League history