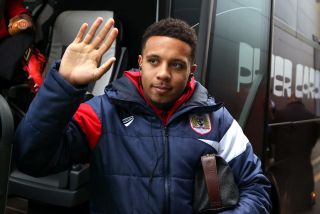 Bristol City will welcome back Korey Smith for their Championship clash with Barnsley.

The midfielder has recovered from a knock picked up at Wigan last week, taking part in training on Thursday.

Midfielder Marley Watkins picked up a calf injury in the same game but will not have recovered in time for the weekend, while defender Tomas Kalas is also likely to miss out with a hamstring issue.

Nathan Baker is sidelined after suffering a groin injury in City’s midweek FA Cup third-round replay defeat to Shrewsbury. The defender will require a scan before the full extent of the damage is known.

Sami Radlinger will miss out for Barnsley.

The goalkeeper is suffering from the illness which has also affected midfielder Mike Bahre.

Striker Cauley Woodrow (hamstring) will not be involved on Saturday but is expected back next week.

January signings Marcel Ritzmaier and Kilian Ludewig are in contention for Gerhard Struber’s side.