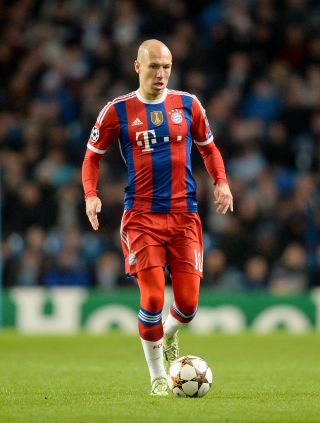 Niko Kovac is still hopeful that Arjen Robben will play some role in the final stage of Bayern Munich’s Bundesliga title push.

Robben has been absent for four months because of a calf injury and – as the veteran Dutch winger departs at the end of the season – he fears he will not be involved in another game for the champions.

While Bayern’s trip to Fortuna Dusseldorf on Sunday comes too soon for his comeback, Kovac believes he could yet figure in one of the other five games left in their title quest.

“It’s very sad that Arjen has not been with us since November,” Kovac said in his pre-match press conference.

“He always feels something, even though the doctors are giving positive signs. He just does not feel right at the moment.

“The player is ultimately the one who knows and feels his body best. And at the moment, he doesn’t feel that he can train or play at a high level in the Bundesliga.

“My wish is that it works out in the next few days or even this season, because Arjen deserves it. It would be nice if he could play again for Bayern.”

Canadian winger Alphonso Davies has recovered from a knee injury and is available, but Franck Ribery has been ruled out through illness.

France World Cup winner Corentin Tolisso is being eased back into the fold after a lengthy lay-off with a knee injury so will also miss out.

Bayern’s build-up to a game that comes in the wake of their 5-0 victory over title rivals Borussia Dortmund has been marred by a training-ground fight between Kingsley Coman and Robert Lewandowski.

“Two players got into a scuffle. We had a conversation as a three in which both players apologised for their behaviour. They are very sorry for what happened. The matter is done and dusted now,” Kovac said.

Lewandowski became the fifth player in Bundesliga history to reach 200 goals by hitting the target against Dortmund, but the Poland striker has never found the net against Fortuna – the only one of the top flight’s 18 clubs he has failed to score against.

Fortuna boss Friedhelm Funkel insists his side are not over-awed by the prospect of facing the league leaders.

“For us every Bundesliga game was and is a challenge. The games against Bayern are special. They are the flagship of the league,” Funkel said.

“We are all looking forward to a sold-out house and the duel. We hope that we can deliver a big fight.

“Bayern want to become German champions and have won 14 of their last 16 games, so we need to try everything!”