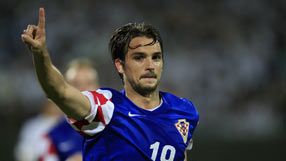 The out-of-favour Tottenham Hotspur midfielder cracked in a fierce drive from the edge of the penalty box to put the Croatians in front in the 19th minute.

Kranjcar then produced a replica effort to make it 2-0 in the 42nd.

Substitute Nikola Kalinic came on for Petric with half an hour to go and he made sure of victory in the 81st minute by heading in a fine cross from Kranjcar.

"We are happy to be top although we feel the group is wide open. Our next two matches against Georgia will be of crucial importance," Croatia coach Slaven Bilic told reporters.

"Niko's two goals were fantastic and I'm delighted to see him going for long-range efforts... as his shooting ability is top notch."

The match, played on a rain-soaked pitch, marked the 20th anniversary of Croatia's first game as an independent country, a friendly against United States.

Unbeaten Croatia have 10 points from four games, two ahead of Greece and four in front of Georgia. Malta are bottom with no points.

Bilic's team resume their qualifying campaign in March with a trip to Georgia.