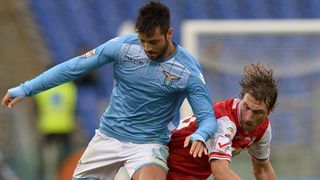 Lazio coach Stefano Pioli was tight-lipped about the situation following Wednesday's goalless draw with Carpi, insisting "it is up to the board to make certain decisions in the market" when asked if a €45million offer had been made.

Felipe Anderson has scored four goals in Serie A this term, with 10th-placed Lazio 15 points adrift of leaders Inter.