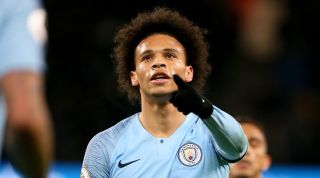 Leroy Sané is desperate to seal a move to Bayern Munich this summer, write Kicker.

The Bundesliga champions have made the Manchester City man their leading transfer target as they seek successors to departed wing duo Arjen Robben and Franck Ribery.

Sané is keen to return to Germany and has no intention of extending his contract at the Etihad Stadium, which expires in 2021.

However, City do not want to let the ex-Schalke forward leave on the cheap, particularly as they will have little time to source a replacement.

Bayern hope that a bid of £100m will be sufficient to prise the 23-year-old away from Manchester.

Sané started City's Community Shield clash with Liverpool on Sunday but was taken off in the first half due to a knee injury.