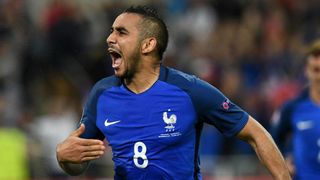 Euro 2016 has not just been about entertaining the colourful bands of travelling supporters who flocked to France in their leisure time, with the tournament also bringing a little dose of joy and hope to those at the opposite end of the social spectrum.

Major finals are often held up as the ultimate party, an opportunity for the football-mad to book a few weeks off, let down their hair and pump some disposable income into the lucky coffers of the host country.

There will be plenty of French fans cheering on Les Bleus at the same time as meeting the needs of - or avoiding the chaos created by - the temporary influx from around Europe.

And Didier Deschamps' side draw their backing from a huge cross section of society, including the disenfranchised and vulnerable youth found in the notoriously tough suburbs of the country's major cities.

Since 1998, charity Sport dans la Ville (Sport in the City) has helped to provide support and a sense of purpose to those on the margins of society, with a combination of organised athletic competition and job-readiness training.

Of course, the ultimate dream of combining the two - securing employment as a professional athlete - is realised by only a handful of the talented and lucky.

But that does not stop the children of Paris, Lyon and elsewhere aspiring to emulate the likes of Dimitri Payet, Antoine Griezmann and their team-mates.

"Of course the players of the French team inspire the youngsters of Sport dans la Ville, as they inspire all the French youngsters," the organisation's founder Philippe Oddou told Omnisport.

"Obviously here at Sport dans la Ville, we have many youngsters who like football and sport in general, and they follow it ... there's a lot of excitement about the Euros and the French team."

Deschamps has guided the hosts to the quarter-finals, raising hopes of a repeat of the World Cup victory of 1998.

That triumph was achieved by a multicultural team who served as a balm to ease the sores of society divided at the time by right-wing politics and ethnic tension.

With similar sentiments growing across a Europe under strain from the threat of terrorism and struggling with the social and logistical challenges presented by the migrant crisis, Oddou's hopes for a successful campaign are about far more important issues than the quest to claim a third Henri Delaunay Cup.

"France's national team has always been a way to gather people, especially when they win and they have nice results," he said.

"If France goes far in this tournament, we will see a lot of joy and jubilation. I feel that the youngsters of Sports dans la Ville are really excited. So we hope that France will go as far as possible."

Should Deschamps side go all the way and lift another continental crown in Paris on July 10, perhaps their achievement will set another generation on the path from the periphery to glory.

Sport dans la Ville will host the streetfootballworld Festival 16, a competition involving children from disadvantaged communities around the world, in Lyon ahead of the Euro 2016 semi-final in the city on July 6.