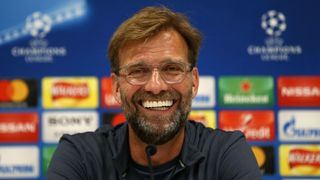 Liverpool chairman Tom Werner has assured supporters the club will strengthen the squad regardless of the result in the Champions League final against Real Madrid.

The Reds have a chance to win their sixth European Cup by beating the Spanish holders at the NSC Olimpiyskiy Stadium in Kiev.

They have become accustomed to swiftly losing their best players in recent seasons, the likes of Luis Suarez and Philippe Coutinho moving to Barcelona and Raheem Sterling leaving for Manchester City.

Werner, though, promised fans that manager Jurgen Klopp will be backed in the transfer market, as Liverpool seek to close the gap on Premier League champions City and runners-up Manchester United.

"I am excited to see Naby Keita join the club this summer [from RB Leipzig] and I can only promise our supporters that we will continue to improve the squad," Werner told the Liverpool Echo.

"Whatever happens on Saturday night, we will ensure we have a strong squad to compete for trophies next season which will have even more depth.

"We will make decisions that will improve the team and we will sign players who make us even more successful."

While Suarez and Coutinho both walked away from Anfield in favour of a switch to Camp Nou, Werner claimed the desire of Virgil van Dijk to sign for Liverpool indicates the allure of working with Klopp.

"With Virgil, it was very clear that he wanted to come to play for Liverpool," he said.

"We always read about how players have a dream to play for one of the great Spanish clubs. Under Jurgen's leadership, top players want to come to Liverpool.

"I am very positive about our future because Jurgen attracts the best players."