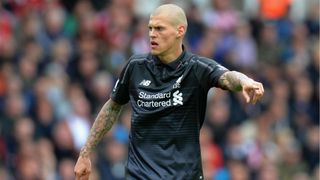 The Slovakia international is out of contract at the end of next season having been a regular feature at centre-back since arriving at Anfield from Zenit in 2008.

However, the 30-year-old's time with the club looks to be coming to an end after Skrtel turned down Liverpool's latest offer.

"It's unacceptable for me," he told Slovakian website Aktualne. "I think that contracts like this are offered to players who are much older than me or the player who had some health problems.

"The contract which has been offered to me is unacceptable, so I did not sign it.

"I have one year left and there has been some speculation about the interest from other clubs. We will see what happens."