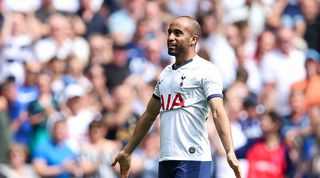 Barcelona considered signing Lucas Moura this summer but were put off by Tottenham's asking price, according to Mundo Deportivo.

The La Liga champions identified Lucas as an alternative to Neymar, who they were unable to prise away from PSG.

However, Spurs are said to have demanded €50m for the Brazil international, which made the move unfeasible.

The north London outfit may have raised their asking price because Barcelona's approach came late in the transfer window.

European clubs were able to purchase new players until September 2, over three weeks after the Premier League market closed for business.

Lucas has scored 17 goals in 63 apperances for Tottenham since his move from PSG in January 2018.