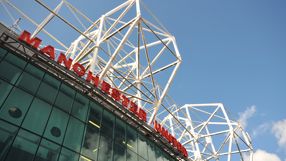 A recent surge in the club's shares after a poor start when they were offered on the New York Stock Exchange last year has boosted Manchester United's value to $3.3 billion, a report on Forbes' website said on Monday.

The increase has United, English champions a record 19 times, comfortably ahead of the world's second-most valuable sports team, the National Football League's Dallas Cowboys, worth $2.1 billion.

Forbes put the surge in United shares down to brighter earnings prospects from new sponsorship deals and said the demand could continue given the team's potential for lucrative payouts in the EPL and Champions League.

United, who claim to have 659 million followers worldwide, are owned by the American Glazer family who retained a tight grip on the club after the flotation on the New York Stock Exchange.