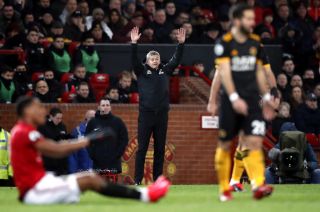 Since 2018, it has been mooted that Manchester United will seek to hire someone to help with their recruitment and off-field dealings.

Ed Woodward has suffered heavy criticism in the wake of another disappointing season thus far.

A collection of supporters even turned up to Woodward's residence in greater Manchester and vandalised his property.

The Police are reported to be following up with an investigation after Woodward and his family were spooked by the incident.

Fernandes, who cost £47m, was a long-term target and a signing that got the United faithful excited.

Ighalo, on the other hand, was a surprise move and the five-month-loan is unlikely to get pulses racing.

United were reported to be on the hunt for a director of football as they looked to improve their transfer planning and execution.

The Red Devils were linked to Lille's Luis Campos and PSG's Antero Henrique as they sought executives with a good record.

Campos has uncovered some gems at Lille and is gaining a reputation for doing so.

Henrique, on the other hand, has experience in handling the big, high end transfers PSG are used to doing.

However, according to the Athletic, the club have denied links to both men and that United could be looking to slow their search for now.

People inside the club reportedly believe that recent transfer activity has been an improvement and that the club is headed in the right direction.

Daniel James, Aaron Wan-Bissaka and Harry Maguire all arrived in the summer for a combined £150m.

With Fernandes arrival adding to the permanent deals done in the summer, the club apparently feel they have begun to address some key personnel issues.