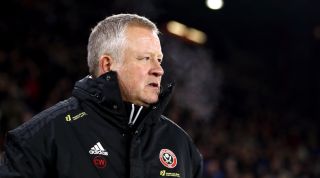 Not much needs to change at Sheffield United. Already, they’re virtually assured of a second successive Premier League season and Chris Wilder’s squad has proven itself more than equipped for the top-flight.

As a result, altering the side’s chemistry halfway through a season seems like a strange thing to do and yet United have been one of the busier sides over the last 24 hours, as the transfer window draws to a close. Midfielder Sander Berge has arrived from KRC Genk for £22m, while Richairo Zivkovic, one of European football’s lost hopes, is heading to Bramall Lane from China.

These are interesting developments for a few reasons. Firstly, because they again challenge the perception of who Wilder is as a head coach. But also, obviously, because they’re suggestive of a potential way forward – the Phase Two which will follow this first, successful Premier League season.

Newly promoted clubs have something special. Particularly so in this case, because Wilder’s United are – in essence – a cast of waifs and strays. They have reached the apex of their respective careers together, creating the kind of co-dependency which can’t be forged under normal circumstances.

It would be a reach to say that that makes them easier to coach or that their Football League backstory has a tangible, tactical worth in the present day. Nothing about where they’ve come from diminishes Wilder’s achievement in any way. Quite the reverse, actually.

Still, United’s internal dynamics can't remain what they are forever, because - for the sake of progress - a team's core has to be altered and renewed over time. It has to be managed in a way that compromises between stability and ambition and, so, the side's evolution presents a fascinating challenge.

Intriguingly, after promotion was won, Wilder didn’t try to supplement his group with familiar characteristics. He didn’t try to sign a younger version of Billy Sharp, for instance, and neither was his recruitment limited to players who were John Fleck-style reclamation projects or built in the image of David McGoldrick.

In fact, he went in the opposite direction. It would have been easy, for instance, to view Ravel Morrison as a problem he could do without. But he signed him. Just like Muhamed Besic, who is a talented player but has a history of challenging behaviour. Neither has ultimately been of great importance to the side, but the acts themselves were descriptive enough.

Lys Mousset has been essential; Is there a greater success story this season? Mousset left Bournemouth as little more than a nebulous fog of abilities, having never really been given a proper chance at Dean Court. Neither was there anything in his backstory that suggested any obvious synergy with a newly-promoted club, a coach and a team from an English industrial heartland. The famed Le Havre academy to the Steel City; it's not exactly a route well-trodden.

But perhaps this is what makes Sheffield United so compelling? They don't have a comfort zone. Historically, clubs in their position have operated within fairly narrow parameters, remaining loyal to a particular type of player through fear of upsetting their chemistry. Burnley remain a very good example of that. To this day, Sean Dyche favours a very specific character type, never deviating from that ideal. Eddie Howe at Bournemouth does much the same, albeit in a different way.

Wilder does not. When he and his recruiting staff are reviewing potential targets, it doesn’t appear to be with any trepidation. They aren’t suspicious of reputations in quite the same way, and they don’t have the same allergies to flair or individuality.

Sign Jack Rodwell? Why not? There aren’t many clubs who are so uninhibited, who are as prepared to look at the potential positives within a situation. The Sander Berge transfer is probably an example of that. Berge remains more theory than reality, but he's been a feature of gossip columns for some time, and generally in connection with some very alluring clubs.

So this is a shock; another point of non-conformity. Lots of sides could literally afford Berge, but few in United's position would actually try to sign him. Maybe through fear of how he might carry himself, perhaps, or because his route through the game has been so different.

But there's no fear of that, which is intriguing. It probably also speaks to the conviction Wilder has in his own abilities, describes a certain bravado in his personality – a belief, essentially, that he can tame just about any character and sell his vision for the future to a player from any strata.

And on current evidence, why shouldn’t he believe that? It makes for an exciting future, not least because it suggests that Sheffield United’s growth and development, in whatever form that takes, will not conform to any sort of template.

While you’re here, why not take advantage of our brilliant subscribers’ offer? Get the game’s greatest stories and best journalism direct to your door for only £12.25 every three months – less than £4 per issue! Save money with a Direct Debit today