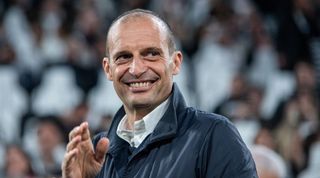 He was replaced by Maurizio Sarri in the Turin hotseat, and has remained out of work throughout the 2019/20 campaign.

According to the Mail Online, the reason for Allegri’s hesitation in accepting a new job is that he hopes to take over at Old Trafford.

United boss Ole Gunnar Solskjaer has faced pressure this season and his side are currently fifth in the Premier League table, 27 points behind leaders Liverpool.

Solskjaer’s side fell to a 3-1 defeat to rivals Manchester City in the Carabao Cup semi-final first leg at home on Tuesday, and the Norwegian described it as their worst performance of the season.

Allegri is believed to be very interested in the United job, and it is claimed that Arsenal were dissuaded from approaching the 52-year-old in December, when they were looking for a successor to sacked boss Unai Emery.

The former AC Milan coach is likely to be considered by the United hierarchy if they choose to part ways with Solskjaer, along with former Tottenham manager Mauricio Pochettino.

But Solskjaer has insisted he feels in no danger of the sack, despite failing to win any of his last three games in all competitions.

United’s next task is a home clash with Norwich City in the Premier League on Saturday.