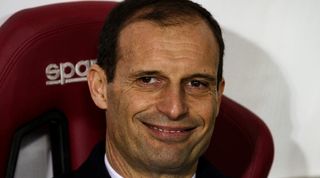 Allegri left the Turin giants over the summer and has been linked with a move to Old Trafford after a difficult start to the season for Ole Gunnar Solskjaer.

The Norwegian is under pressure after winning just two of his opening eight Premier League matches, leaving the Red Devils two points above the relegation zone.

When asked about the possibility of taking the job, Allegri told Polish outlet Przegląd Sportowy (via Tuttosport): “I don’t speak good English yet, but I’m learning.”

Allegri also discussed his time at Juve, which ended after he led the club to five Serie A titles, four Coppas Italia and two Champions League finals.

"I found a team that needed to be rebuilt and I had to find ways to stimulate the group.

“I listened and I changed things, but I didn’t make it a revolution. You must always fix three types of objectives: short, medium and long term.

“You must not get fixated on tactical systems, but make the most of the characteristics of the players.”

When asked about Mario Mandzukic, who has also been linked with a move to Manchester United after being frozen out of the Juve squad by Sarri, Allegri said: “The coach must ask the player how much he can offer.

“That’s why Mandzukic is special for me, he gave me an incredible room for manoeuvre.”

Allegri has been out of work since leaving Juventus and has never coached outside of Italy before.

However, he has enjoyed enormous success in his home country, winning the Serie A title with Milan before going on to succeed at Juventus.