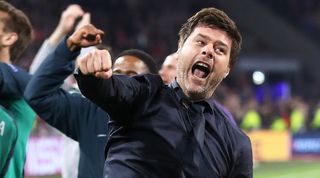 The Premier League side announced on Tuesday night that they had dismissed the Argentine after a dismal start to the season that has left Spurs languishing in 14th place in the Premier League table.

Less than 12 hours later, Mourinho was announced as his successor, and former Liverpool, Blackburn and Newcastle boss Souness believes it was the right move.

"Mauricio Pochettino had appeared to be a man who didn't want to be at Spurs, which I find very strange. Jose Mourinho is a perfect fit for them.

"Spurs are genuinely a big football club and they need someone who can turn what is perceived to be attacking attractive football into a slightly more pragmatic approach that will put some silverware in the boardroom.

"He has won trophies wherever he's been and I would expect him to do the same at Spurs.

"Deep inside, he is an angry and frustrated man with the way it turned out for him at United, so I think Spurs will reap the benefit of that.

"Will they win the league this year? No. But they will be far more difficult to play against.

Pochettino achieved widespread plaudits for leading the north London club to the Champions League final last season, where they were beaten by Liverpool.

But Souness suggested that he got lucky in a year that has otherwise been a forgettable one for the club.

"The poor form goes back to last year and what completely camouflaged that was getting to the final of the Champions League," he said.

"Last year, it was 20 games in total they lost. If a team can lose that many games and get to the final of the Champions League, you'd have to say it was a fluke and it camouflaged what was really going on at Spurs."