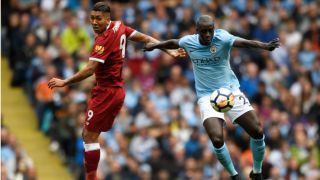 Benjamin Mendy was happy to turn down a move to Premier League champions Chelsea, but was determined to join Manchester City, Monaco vice-president Vadim Vasilyev has revealed.

Having already sold Bernardo Silva and Tiemoue Bakayoko to City and Chelsea respectively by early August, Monaco had pledged not to let any more of their star players depart.

However, Mendy would indeed be sold - while Kylian Mbappe left for Paris Saint-Germain later in the window - and Vasilyev says that, due to the defender's desire to join Pep Guardiola's side, Monaco elected to cash in on the France international.

"When we sold Bernardo Silva and Bakayoko, it was okay. The third possible departure was Mendy," Vasilyev told L'Equipe.

"We resisted, and then, given the offers we had for him and his willingness to leave, we wondered if he would be able to repeat the form of last season.

"He's a good kid, and one of the best players at his post, but you can never be sure of the player's psychology. It was not only a good offer, it was the championship of his dreams, the coach of his dreams.

"These are complex decisions. At first, I said, 'No, you're staying'. He replied: 'But Vadim, I really want to go to City with Guardiola.' Several times he said to me: 'If it was Chelsea, I would stay, but this is Guardiola, I want to go there.' He was frank with me.

"So, when City put that price, when he became the most expensive defender in the world, I had no more arguments to oppose it. We weighed the pros and cons and we told him he could leave."

Mendy has made a fine start to his City career, impressing in the 5-0 demolition of Liverpool on Saturday.