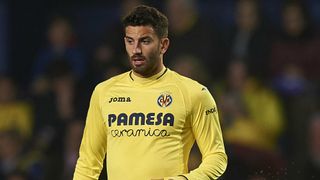 AC Milan have announced the signing of centre-back Mateo Musacchio from Villarreal on a four-year deal.

The defender underwent a medical last week and he has now formalised his move to San Siro, with Milan believed to have paid a fee in the region of €18million.

The 26-year-old started his professional career with River Plate before joining Villarreal in 2009.

He made well over 200 appearances in all competitions, but will now continue his career in Serie A.

Musacchio becomes Milan’s first signing ahead of next season as they look to re-build their squad.

The Rossoneri finished sixth in Serie A in 2016-17 to qualify for Europa League football, but are desperate to challenge for the Champions League places again next term.

They have also been heavily linked with a move for Atalanta midfielder Franck Kessie, with the 20-year-old expected to undergo a medical this week.