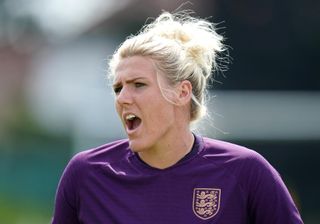 Millie Bright and Demi Stokes have withdrawn from the England squad for Saturday’s friendly clash with Brazil through injury.

Chelsea defender Bright and Manchester City’s Stokes have been replaced by Gemma Bonner and Lucy Staniforth.

A Football Association statement said: “Millie Bright and Demi Stokes have withdrawn from the England Senior Women’s squad through injury, ahead of the Lionesses’ trip to Middlesbrough on Saturday to face Brazil.

“Stokes’ Manchester City team-mate, defender Gemma Bonner, and Birmingham City midfielder Lucy Staniforth have been called up to Phil Neville’s squad and will join the group at St. George’s Park.

“The Lionesses will travel to the north east on Friday in preparation for the meeting with Brazil in front of an expected 30,000 fans at the Riverside Stadium before travelling to Lisbon to take on Portugal at the Bonfim Stadium on Tuesday evening.”