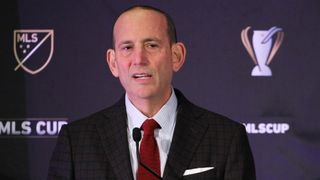 MLS released the full schedule for the 2016 campaign, having already announced each team's home opener, with the season running from March 6 to Oct. 23. The schedule will include a previously announced break June 3-17 for the Copa America Centenario, which will be hosted in the United States.

The 2016 season will feature an increased presence for the league on major networks, with nationally televised matches again set for Fridays on UniMas and Sundays on the Fox and ESPN families.

In addition to 30 matches on FS1, Fox Sports will broadcast four games on the network's flagship station: New York City FC vs. the New York Red Bulls on May 21; the Portland Timbers vs. the Seattle Sounders on July 17; the Red Bulls vs. NYCFC on July 24; and Sporting Kansas City vs. the Timbers on July 31.

ESPN, meanwhile, will televise 29 of its 34 matches on the primary network — up from nine games in 2015.

For the first time in league history, every match on the final day of the season will kick off simulatenously — at 4 p.m. ET on Oct. 23. The schedule also features simultaneous kickoffs Oct. 16, with every Eastern Conference match starting at 5 p.m. ET and every Western Conference contest set for 7 p.m. ET.

Although the break for the Copa America is the only official hiatus for international matches in 2016, MLS has scaled back the number of fixtures during FIFA dates. While a full MLS matchday features 10 contests, there will be just three games during the March FIFA window, six games during the September window and one game during the October window.