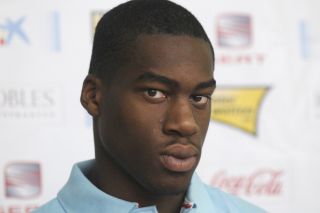 The 20-year-old made a big impression during his debut campaign with the Andalusian side following a move from French outfit Lens that is believed to have been partly funded by private investment firm Doyen Group.

He has subsequently been linked with a move to Real Madrid, as new boss Carlo Ancelotti looks to further revamp his midfield following the arrival of Asier Illarramendi from Real Sociedad.

But Monchi has now claimed that no approach has been made for the Frenchman, and insists Sevilla have full control of his future despite his unusual ownership situation.

"100 per cent of Kondogbia's federative rights belong to Sevilla. The only thing that is different is his economic rights. Only Sevilla can decide (his future)," he told Marca.

"The only thing to say about Kondogbia is that he returns on Friday and he has four seasons remaining on his contract. Up to today we have not had a formal offer. Kondogbia is an important player for the team and his growth is important.

"I don't fear him going. Navas and Negredo have gone. If in the end Geoffrey leaves we can find a substitute, but it is not my plan at the moment."

Kondogbia made 23 starts for Sevilla in La Liga last term, scoring one goal.

The France Under-20 international is currently taking in part in preparations for Sevilla's UEFA Europa League third qualifying round clash with Mladost Podgorica on Thursday.