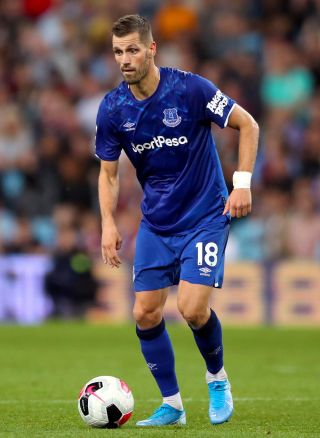 Everton midfielder Morgan Schneiderlin will miss Sunday’s visit of Manchester United as he faces a lengthy spell on the sidelines after knee surgery.

The 30-year-old underwent an operation to repair torn meniscus cartilage this week after injury at Arsenal.

Winger Theo Walcott has recovered from a knee injury but left-back Lucas Digne, who also missed last weekend’s defeat with a calf problem, faces a late fitness test as he has been training on his own this week.

Anthony Martial is a doubt for Manchester United’s return to Premier League action at Goodison Park.

The in-form France forward picked up a muscle complaint in training on Wednesday and missed the Europa League clash against Club Brugge after failing a fitness test.

Striker Marcus Rashford (back) and midfielder Paul Pogba (ankle) remain long-term absentees, while boss Ole Gunnar Solskjaer has said he wants defenders Axel Tuanzebe and Tim Fosu-Mensah to get minutes under their belt before returning to first-team action.