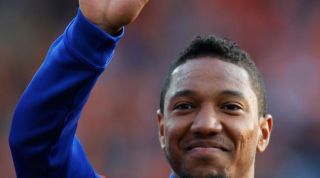 The attacking midfielder has spent the past two seasons on loan at Premier League side Swansea City, becoming an integral part of their first-team squad.

However, it has now been confirmed that De Guzman has joined former Swansea team-mate Michu in making the move to Stadio San Paolo.

De Guzman, who signed for Villarreal in 2011, was brought to Swansea by then-manager Michael Laudrup during the 2012 close-season and made 37 league appearances during his first season in south Wales.

He made a further 34 outings last term, taking his total goal tally to nine in the English top flight, and was linked with a return to the Liberty Stadium for a third season earlier in the transfer window.

More recent speculation has seen De Guzman spoken about as a potential transfer target for QPR, but Napoli have now won the race for his signature.

His transfer comes on the same day that Napoli defender Federico Fernandez made the switch to Swansea.