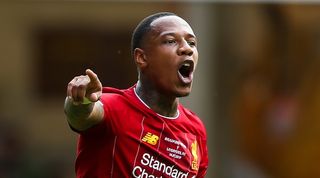 Clyne has fallen out of favour on Merseyside since Trent Alexander-Arnold broke into the first team in 2017.

And the right-back could follow Christian Benteke and Mamadou Sakho in swapping Anfield for Selhurst Park.

Clyne began his career with Palace, making 137 appearances for the south Londoners during their days in the Championship.

And the Eagles are keen to bring him back to the club he first joined as an eight-year-old after selling Aaron Wan-Bissaka to Manchester United.

Clyne spent the second half of last season on loan at Bournemouth and would reportedly welcome a permanent exit from Liverpool this summer.

Is there any point of handing in a transfer request? FourFourTwo investigates