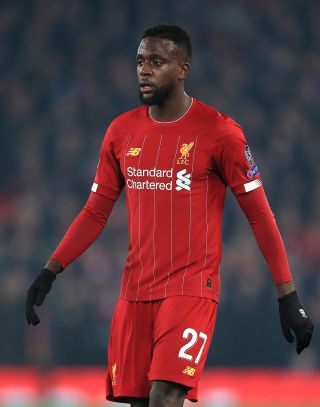 Liverpool striker Divock Origi is expected to be fit for the visit of Southampton after being forced off with cramp in Wednesday’s win at West Ham.

Adam Lallana has returned to training after a virus kept him sidelined for the last three matches.

Southampton will be without Stuart Armstrong for the trip to Anfield as the midfielder faces around three weeks of recovery from a hip problem.

Defender Jannik Vestergaard (concussion) and forward Shane Long (knee) are expected to be available again, but new loan signing Kyle Walker-Peters will not be included as the full-back continues to settle into his new club after moving from Tottenham.

Yan Valery has resumed full training following a viral infection, while Cedric Soares, who has been linked with a move to Arsenal, remains sidelined by a knee problem.