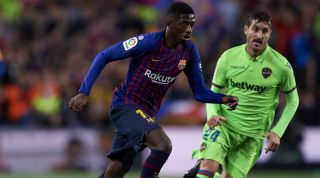 According to Teamtalk, Barcelona hope to recoup the £90 million they paid for Dembele in 2017.

The iminent arrival of Antoine Griezmann has cast doubt over Dembele's future at the Camp Nou.

And, according to the report, Liverpool have been alerted to the 22-year-old's availability.

Liverpool will only make signings if they can realistically get hold of top targets, and Jurgen Klopp is understood to be a huge fan of Dembele.

Last summer's investment proved worthwhile for Liverpool, winning the Champions League and only missing out on the Premier League title by a single point.