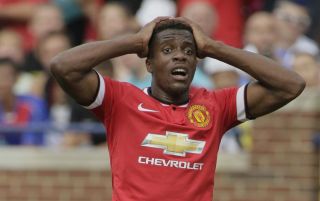 The 21-year-old, who has two caps for England, completed a move from Selhurst Park to Old Trafford for an undisclosed fee ahead of the 2013-14 season.

Zaha was loaned to Cardiff City in January, but once again he failed to make a strong impression, with just five Premier League starts as the Welsh club were condemned to relegation.

After the departure of Tony Pulis, Palace appointed Neil Warnock as his successor on Wednesday, and 24 hours later the boss revealed that he had held a conversation with Zaha about a potential move back to Selhurst Park.

The deal was confirmed later on Thursday, with Zaha underlining his excitement at being back.

"I'm just buzzing to be back, to be in and around the lads again," he told the club's official website.

"The best place to come back to is Palace where I am loved.

"Speaking to my family and my agent, they knew I would be comfortable coming back here because I've got the support of the fans and the club.

"When I come back here I know I can just get straight back into it."