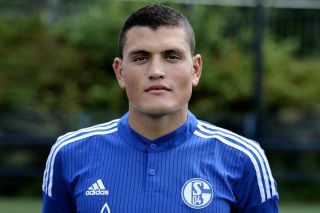 The Greece international has been plagued by injuries and made only five appearances for Schalke last season due to a knee problem and then a dislocated shoulder, which ruled him out of the World Cup.

Papadopoulos was linked with a move to Liverpool, but the 22-year-old has now sealed a move to the BayArena for the upcoming campaign.

He told Leverkusen's official website: "I am very happy that it worked out with the change. Bayer 04 is a club just like Schalke with major international ambitions.

"Unfortunately I was injured more often in the past season. But now I'm back fit and highly motivated to achieve with Leverkusen both my personal goals as well as the club."

Papadopoulos joined Schalke from Olympiacos in June 2010 and made his Bundesliga debut for the club aged just 18.