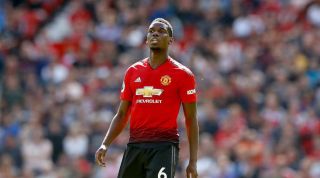 Manchester United have been left stunned by Paul Pogba's suggestion that he could still leave the club, report the Daily Mirror.

Pogba starred in Sunday's 4-0 thrashing of Chelsea, before telling RMC Sport that "this question mark [over his future] remains" and "only time will tell".

And the Frenchman's hint that he could still depart Old Trafford have shocked United, who believed the matter was resolved.

Pogba was reportedly desperate to seal a move to Real Madrid this summer, but the Red Devils are highly unlikely to sell now that the Premier League's transfer window has closed.

Ole Gunnar Solskjaer has made the Frenchman central to his plans for the 2019/20 campaign.

But the Norwegian and United hierarchy were apparently taken aback by Pogba's comments after Sunday's victory, in which he assisted goals for Marcus Rashford and Daniel James.