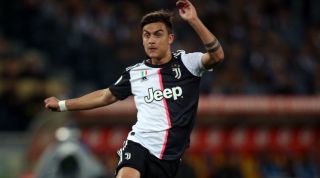 According to the Mirror, Dybala's agent – who is also his brother – dropped the news on Argentine radio.

"Yes, there is a good chance he’ll leave Juventus. Absolutely. He needs a change," Gustavo Dybala is quoted as telling Futbolemico.

"I can’t say where he’ll go, but there is a strong chance Paulo will leave.

"Of course he’s not happy there. Paulo’s not the only one; there are many players who are uncomfortable at Juve

"He won’t be the one who will leave Juve this summer."

Manchester United have long been linked with a move for Dybala, but their lack of Champions League football may play against them.

United will face competition from Atletico Madrid, who are looking to replace the outgoing Antoine Griezmann.