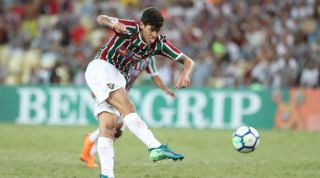 Globo Esporte say that United have identified Pedro as a rising star and are keeping tabs on him.

The Premier League side are yet to make a formal offer, but Ole Gunnar Solskjaer sees the 21-year-old as being in line with their youth-centric transfer policy.

Madrid were reportedly on the verge of signing the Brazilian for €20 million (plus bonuses), but retracted their interest after he was sidelined.

However, he's already scored two goals for Fluminense this campaign and will be in Brazil's squad for the Toulon tournament this summer.

Whatever happens, United are unlikely to see any movement on a deal before June 10, when Fluminense elect their new club presdient.