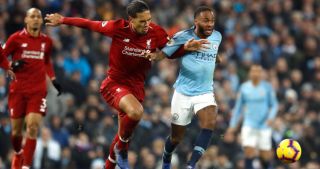 According to The Times, former Liverpool man Sterling - who has scored 23 goals in all competitions this season - is understood to be ahead in the voting for the Football Writers’ Association Footballer of the Year Award.

Van Dijk, who has been instrumental in making Liverpool’s defence the tightest in the Premier League this season, is expected to win the PFA award – voted for by all professional players in England.

The Dutchman and his colleagues have conceded just 20 goals in the league so far, keeping 18 clean sheets.

Two Liverpool players have previously won both awards: Mohamed Salah last season and Luis Suarez in 2013/14. Despite winning the title three times in the last seven years, a City player has never won the PFA award and the last time a member of their squad won the FWA award was in the 1960s.