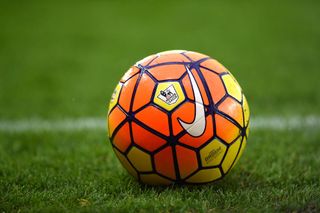 The Professional Footballers’ Association has warned that Premier League players taking a 30 per cent salary cut would amount to the government losing out on in excess of £200million in tax revenues.

On Saturday afternoon, the Premier League discussed its suggested wage deductions or deferrals strategy as it gets to grips with the coronavirus crisis with all clubs, the PFA and League Managers Association via conference call.

Premier League players have been coming under increasing pressure to take a drop in pay, an issue that has become a hot topic since top-flight clubs started placing some non-playing staff on the government’s furlough scheme.

Health Secretary Matt Hancock weighed into the debate during the government’s daily briefing on Thursday, telling Premier League players they should “take a pay cut and play their part”.

While the PFA insists its members want to make “significant financial contributions”, the players’ union warned the government the Premier League’s suggested 30 per cent cut of an annual remuneration amounts to £500m, of which around 40 per cent would be contributed to tax.

“Going forward, we are working together to find a solution which will be continually reviewed in order to assess the circumstance of the COVID-19 crisis.

“The players are mindful that as PAYE employees, the combined tax on their salaries is a significant contribution to funding essential public services – which are especially critical at this time.

“Taking a 30 per cent salary deduction will cost the Exchequer substantial sums. This would be detrimental to our NHS and other government-funded services.

“The proposed 30 per cent salary deduction over a 12-month period equates to over £500m in wage reductions and a loss in tax contributions of over £200m to the government.

“What effect does this loss of earning to the government mean for the NHS? Was this considered in the Premier League proposal and did the Health Secretary, Matt Hancock factor this in when asking players to take a salary cut?”

Furthermore, the PFA says Premier League players want to ensure their contributions support their clubs, the full remuneration of non-playing staff, the EFL and non-league clubs, as well as the NHS.

The Premier League pledged an advance of £125m to the EFL and National League as well as a £20m donation to the NHS and other community causes on Friday, but its players says neither of the payments are enough.

The PFA statement added: “(The charity money) is welcome, but we believe it could be far bigger.

“The EFL money is an advance. Importantly, it will aid cashflow in the immediate, but football needs to find a way to increase funding to the EFL and non-league clubs in the long-term.

“Many clubs require an increase in funding just to survive. We believe in our football pyramid and again stress the need for solidarity between all clubs.”

Liverpool, the runaway leaders of the Premier League before its suspension, became the latest club to announce they were placing some non-playing staff on furlough.

The PA news agency understands that equates to around 200 staff, whose work is effectively idle during the Premier League suspension.

However, Liverpool, who in February announced pre-tax profits of £42million for 2018-19, will top up the public money received from the government to ensure the affected staff receive their full salaries.

After Liverpool joined Newcastle, Tottenham, Bournemouth and Norwich in turning to the government’s job retention scheme, the Reds were criticised by former players Jamie Carragher, Stan Collymore and Dietmar Hamann on Twitter.

Sheffield United boss Chris Wilder has backed players and managers to “do the right thing”.

“A lot of footballers, past and present, have got a huge conscience about what we do and doing the right thing,” he told the BBC’s Football Focus programme.

Jurgen Klopp showed compassion for all at the start of this pandemic, senior players heavily involved in @premierleague players taking wage cuts. Then all that respect & goodwill is lost, poor this @LFChttps://t.co/9bE8Rw1veE— Jamie Carragher (@Carra23) April 4, 2020