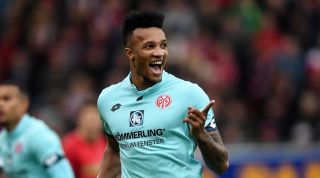 The Ivory Coast international enjoyed an excellent season in the Bundesliga last time out, making 31 appearances for Sandro Schwarz's side.

And the 2018/19 Champions League finalists are both keeping tabs on the 23-year-old, as are Premier League rivals Everton.

Gbamin, who can also play at centre-back, is keen to seal a move away from Mainz this summer.

Jurgen Klopp's status as a former Mainz manager could give Liverpool the edge, although the German is unsure what Gbamin's best position is.

The Reds considered submitting a bid for him last summer, before ultimately settling on Fabinho instead.