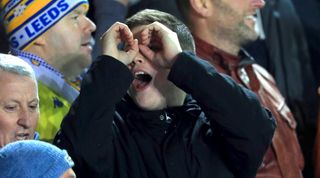 After spygate and last season’s play-off clash, fans of both teams do not have too long to wait for the latest instalment. Derby completed their play-off success with victory in West Yorkshire on May 15, although they lost in the final at Wembley to Aston Villa – and it is Elland Road which will host the first meeting between the two. Whether Rams boss Frank Lampard is there is another matter, the former Chelsea midfielder has emerged as the favourite for the vacant job of manager at Stamford Bridge.

It was 2014 when these two last met, in the Premier League, so the derby will be keenly anticipated in south Wales. Swansea won that one 3-0, but the last time the pair clashed in the Championship at the Liberty Stadium, Craig Bellamy won it for Cardiff, three years previously. Neil Warnock and the Bluebirds supporters will be hoping for another away win in October.

It looked like these two would be going in opposite directions last season. The Terriers were relegated from the Premier League with just 16 points and Leeds looked to be heading in the other direction, until a loss of form towards the end of the regular season was followed by play-off failure. The Terriers did the double over their West Yorkshire rivals on their way to promotion in 2017 and they have home advantage in the first meeting.

Jonathan Woodgate and Lee Bowyer were Leeds team-mates, England training partners and even shared the same dock during a court case in 2001. Six months ago it would have been hard to see both being in charge of Championship sides next season, but that is where they are. Woodgate was appointed by the Teessiders last week, while Bowyer is upwardly mobile having impressively led the Addicks to promotion at Wembley in the League One play-off final. In a twist of fate, Charlton’s final fixture is at Elland Road…

If you’re looking for late drama, Loftus Road could have it when west and south-east London collide on April 25. Neither of these teams had strong campaigns last time around and the bookmakers do not see it being a different story in 2019-20. Points could well be at a premium when these two meet in the penultimate round of Championship action.

Quiz! Can you name these 40 national teams by their nicknames?