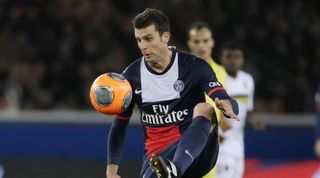 Matuidi's contract expires in June, while Motta's deal runs out in 2015, but Al-Khelaifi insisted the players were going nowhere.

"I can confirm Thiago Motta and Blaise Matuidi remain at Paris Saint-Germain," he told RMC.

"Blaise is very happy at PSG and if you ask Thiago Motta, he will tell you he wants to stay and finish his career at PSG.

"We talk with the players and their agents."

The Qatari also expressed a desire to hold on to Jeremy Menez, who had been linked with a January move to Juventus.

PSG currently sit three points clear of Monaco at the top of Ligue 1, and face Real Madrid in a friendly on Thursday.