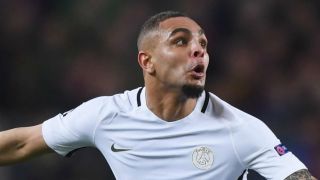 Layvin Kurzawa will play no further part in Paris Saint-Germain's season after undergoing surgery on a hernia injury.

The France full-back has not played since April 9 with veteran Maxwell having filled the void at left-back.

PSG confirmed Kurzawa has now undergone an operation on his injury and will be unavailable for their remaining two Ligue 1 fixtures and the Coupe de France final with Angers on May 27.

"Paris Saint-Germain wishes its France international defender a speedy recovery and looks forward to having him back in top form for next season's challenges."