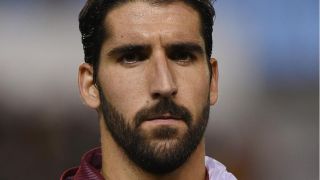 Athletic Bilbao have completed the signing of Atletico Madrid midfielder Raul Garcia on a four-year contract.

The two clubs agreed a deal in principle on Sunday and the 29-year-old underwent a medical on Monday before putting pen to paper.

The Spain international made 212 La Liga appearances for Atletico after arriving from Osasuna in 2007-08.

Raul Garcia will be presented as a Bilbao player later on Monday.