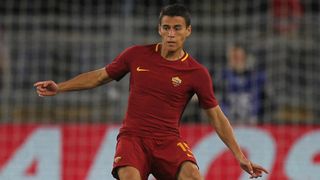 Hector Moreno has completed a €6million switch from Roma to Real Sociedad.

The Mexico international only joined the Serie A side from PSV in July, but he has struggled to make an impact on their first team.

Moreno has played just six times for Roma, five games in Serie A and one in the Coppa Italia.

He joins La Real as a direct replacement for Inigo Martinez, who made the shock move to bitter rivals Athletic Bilbao following the sale of Aymeric Laporte to Manchester City.

Moreno, 30, makes his return to Spain after leaving Espanyol for PSV in August 2015 and has signed a contract until 2021.