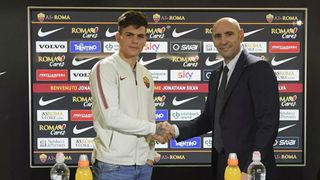 Roma have signed Jonathan Silva on loan for the rest of the season from Sporting CP to plug the gap left by Emerson Palmieri's departure to Chelsea.

Argentine left-back Silva is set to make the move permanently for next term, in a deal that Sporting revealed could be worth €5.7million.

It leaves the Giallorossi well in profit, having received an initial €20m for Emerson.

"I am very happy to have joined Roma, for me it's an incredible feeling," Silva said.

"I am very motivated: I want to make my contribution among this great group of players."