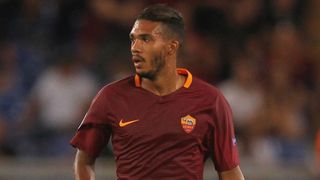 Juan Jesus has revealed Roma's disdain for Serie A pacesetters Juventus goes so far that Luciano Spalletti's men "work every day to be the anti-Juve".

Together with AC Milan, Roma are the closest challenges to Juve in the title race after 13 matches, but they are already seven points behind the champions.

A 2-1 defeat away to Atalanta last time out contributed to the deficit, while the title-holders have only dropped six points so far.

Despite Juve's success under Antonio Conte and now Massimiliano Allegri, former Inter defender Juan Jesus is adamant Roma - who face Pescara at home on Sunday - do not want to be compared to them in any way.

"We work every day to be the anti-Juve," the Brazilian told RomaTV.

"We have to think about working well, though. We can feel optimistic because the team is very strong both tactically and technically.

"We've also lacked a bit of luck. A lot of teams play badly and still win, but we're thinking about ourselves.

"We have Pescara next, then some difficult games. We'll definitely be focused to win them all."